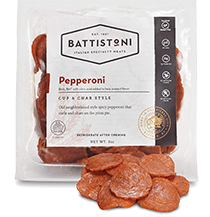 We don’t know about you, but we love our pepperonis to cup and char. My sister doesn’t, for some reason. But whatever. Step up your homemade pizza game with this pep package! Made with pork and beef and a bold flavor, but not too spicy. Wink.
Check Price NOW

We were out East last month visiting some old good friends on Cape Cod. They had just bought 5 acres of property on the Cape and they tried to tell us, nay insisted, that they were still in the middle class. We weren’t buying it. Also, tried to convince them to make their own brick pizza oven, too. We shall see what happens before the next time we visit.

Anyways, on our way back, we stayed a night in downtown Boston before our flight back to Minnesota the next day. Obviously, we wanted to get the best pizza in town to tell all of you about. We didn’t have to look far, as Lily’s Pizza Boston was right down the street from our hotel.

And if this was more than just a pizza blog, we’d tell you about the amazing Maple Bacon donuts we had down the other side of the street from our hotel but alas. Geesh, we really picked an ideal location for foodies like us.

Lily’s Pizza is located right in the middle of the Boston Financial District in downtown on Batterymarch Street, a couple blocks away from Post Office Square and Fanueil Hall. Their tagline is even “Garden Oasis In The Heart Of Boston’s Financial District“… whatever that means. I guess there were various potted plants around.

Another thing to note, is that it’s actually on the street. Like literally pouring on to the sidewalk and a barricade within the street.

Besides literally being a “garden” on a main finance street, the restaurant was truly pretty classy. Go inside and you’ll find a lot of high top tables and a fancy bar with tons of beer on tap for those with decision fatigue.

Behind the bar was a beautiful painting of Abraham Lincoln himself winking at you.

We debated long and hard about what the art could mean. Was Abe keeping your little drinking escapade a secret? Was he looking down on you sarcastically? Did he know something we didn’t know? And why Lincoln? He wasn’t even from Boston.

All things considered, we finally decided to just eat outside. On the sidewalk. Far away from the confusing Abe portrait.

The Signature Pizza menu was our favorite part about Lily’s Pizza Boston. It was extremely creative and gave us plenty of future ideas for homemade pizza topping combos we can try when we got home. And all prices appeared reasonable for being in a Finance District, no?

They had staples like margherita and Hawaiian. But the ones that really caught our eyes were the Bang Bang Cauliflower and Wild Mushrooms. We had heard of Bang Bang sauce on a trip to Korea once but never thought to use the sauces on pizza. And were they really going to forage local mushrooms and pair them with truffle mayo. Just wow.

And then at the bottom of the list – Chicken & Waffles!? I thought we learned our lesson in Chicago on our pizzeria review there, to not try a crazy pizza on our first visit. But boy were we tempted.

We asked the waitress which one she like the most and she said the Spinach & Roasted Red Pepper. Possible a vegetarian, so we asked a more specific question. Which part of the Lily’s Pizza did she like the most? She quickly replied that the dough/crust was amazing.

She also mentioned every piece of dough was fermented for 24 hours to ensure consistency and quality.

We’ll hold her to that.

After the usual back and forth of making our pizza decision, and not consulting the winking Abe, we chose the Artisan Smoked Pepperoni pizza:

We’re suckers for the classic pepperoni pizza and it’s usually the best bet we can make when trying a new pizzeria in a strange land. And we loved the Wrecktangle version back in Minneapolis.

The pep pizza came in no time, served on a tray with a newspaper excerpt printing underneath.

Our first impression was more than satisfactory, and the pepperoni looked especially artisanal. The cheese looked a little light, and the crust did look spectacular. At first taste, we were in love. The mix of sauce, cheese, meat, and bread was perfection.

The kicker was the leoparding on the crust. Turning the pizza over, we could see an ideal burn of spotting on the bottom of the crust. We didn’t know why it didn’t show on the top of the pizza, but maybe that was a restaurant choice.

Overall, we highly recommend a stop at Lilys Pizza Boston. It was quick, delicious, and made us mildly curious to want to return and try the more daring pizza choices. Next time.

THE LEOPARD CRUST. Simply amazing, not noticed at first glance, but after biting in to it and flipping a slice over, we could easily see the beautifully-ovened piece of pizza goodness. The waitress did not disappoint, instead blew us away. We have a long way to go before we can perfect this part of our pizza game.

The Artisan Pepperoni. We asked what kind of pepperoni they used, but they wouldn’t tell us exactly. Part of me thinks it might be a local butcher, it was that good.

Not much in terms of cons. But we’ll say the Abe Lincoln painting. We just can’t get his creepy wink out of our minds.

By the way, if any of you have any pizzerias that you’d like us to review on any of our travels, please contact us and let us know. We’re going somewhere new at least a few times a year and are always looking for tasty treats on our journeys. Thanks! 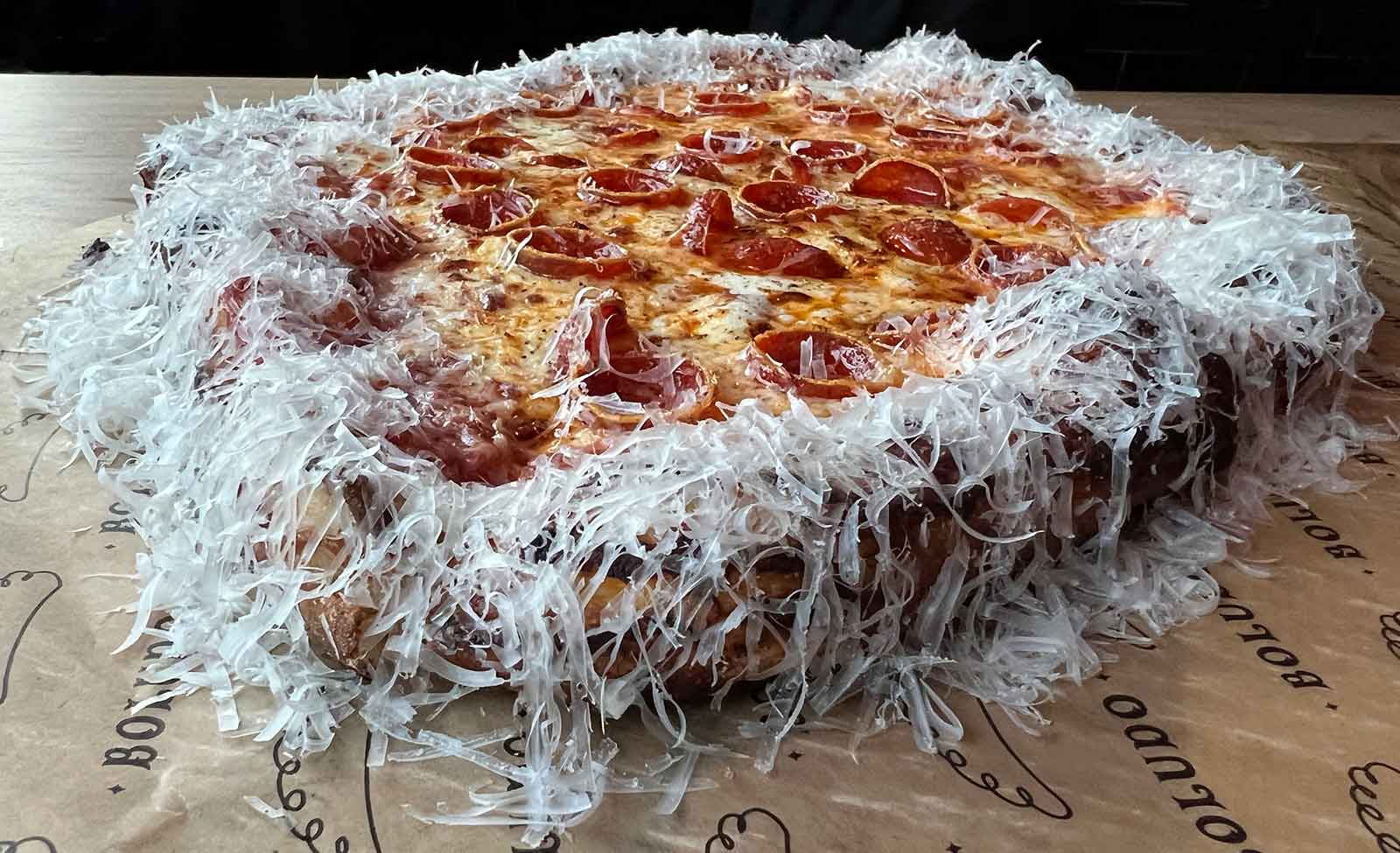 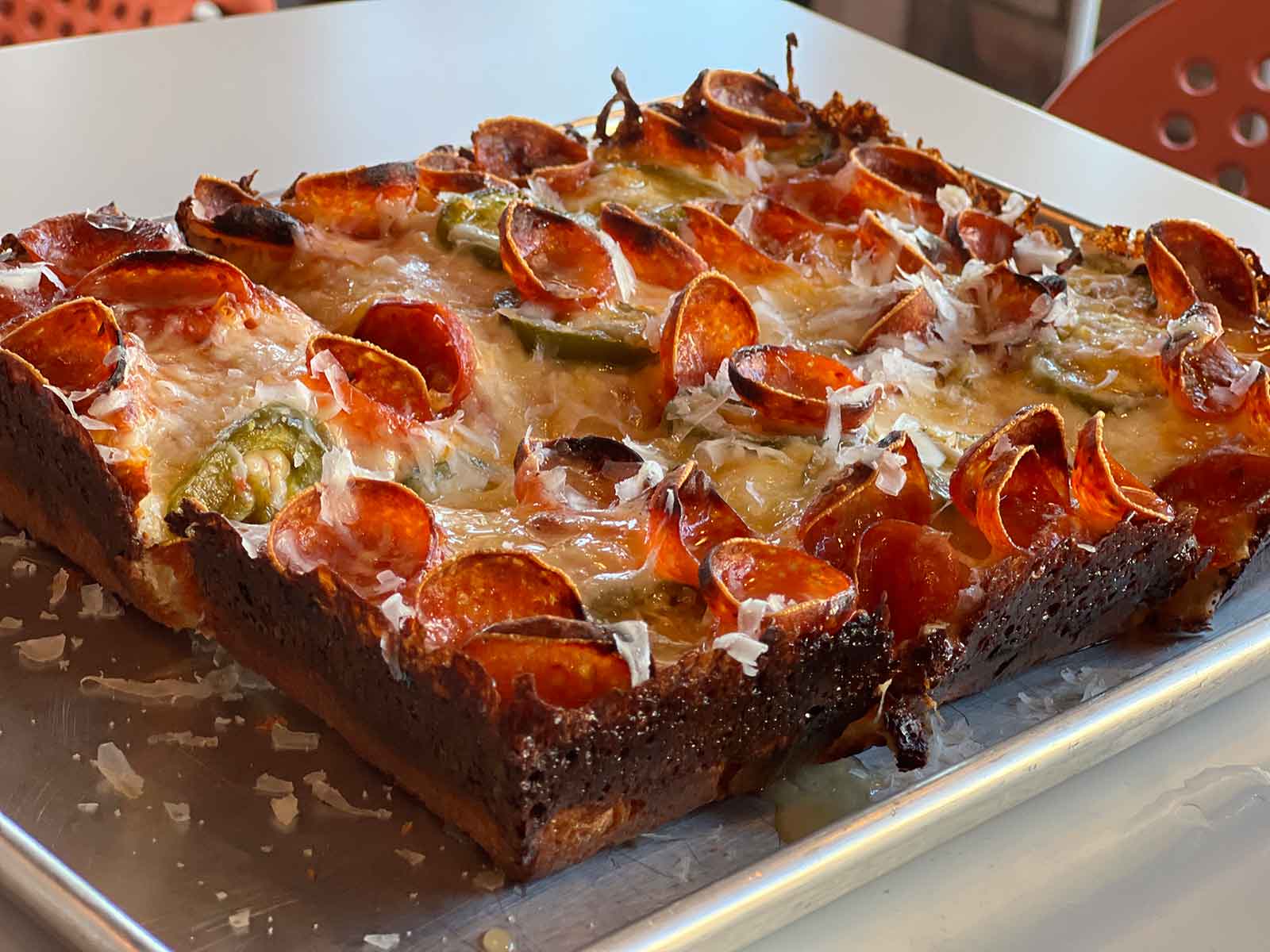 Let’s talk about yeast; yes, yeast. The big question that many new home pizzaiolos ask is which is the best yeast to use for homemade

How to Make Easy Yet Tasty Homemade Cauliflower Pizza Crust

Cauliflower, the humble white vegetable, has finally seen its day in the sun. Cauliflower is the new star in the vegetable world. This versatile vegetable